The 10 Best and Most Popular British Horse Breeds

The British Isles have a long and rich equine history, with many different horse breeds developed for a wide variety of purposes. From the workhorse Shire to the elegant Thoroughbred, these horses are renowned for their strength, stamina, and beauty.

Each of the major British Isles countries has its own signature breeds, many of which are used today for leisure riding, competition, and carriage driving. In this blog post, we’ll take a brief look at the 10 best and most popular British horse breeds.

Some of the 10 best and most popular British horse breeds include, the Thoroughbred, the shire horse and the Shetland pony. Each of these breeds has its own unique characteristics that have made it popular among riders and breeders.

The first horses in Britain apperently arrived around 2,000 BC, brought by the Celts.

These horses were of the primitive type and resembled today’s mustangs. The Romans brought their own horses with them when they invaded Britain in 43 AD.

To improve the breed, the British crossbred their horses with those of the Arabs and the Spanish. The Thoroughbred is a result of this crossing.

There are many different horse breeds found throughout the world. Some of the most popular horse breeds that are used for riding and racing are from Europe and the United Kingdom. The UK horse breeds are known for their athleticism, good temperament, and strong work ethic.

The 10 Best and Most Popular British Horse Breeds:

First of The 10 Best and Most Popular British Horse Breeds are, the Thoroughbred horses which are some of the most popular horse breeds in the uk, and their popularity only continues to grow.

People love thoroughbred horses because they are so versatile. They can be used for racing, show jumping, fox hunting, and many other sports.

In fact, there are very few things that thoroughbred horses can’t do.

They are also very beautiful animals, and people enjoy watching them run.

The Thoroughbred, as it is known today, was developed in 17th- and 18th-century England, when native mares were crossbred with imported Oriental stallions of Arabian, Barb, and Turkoman breeding. 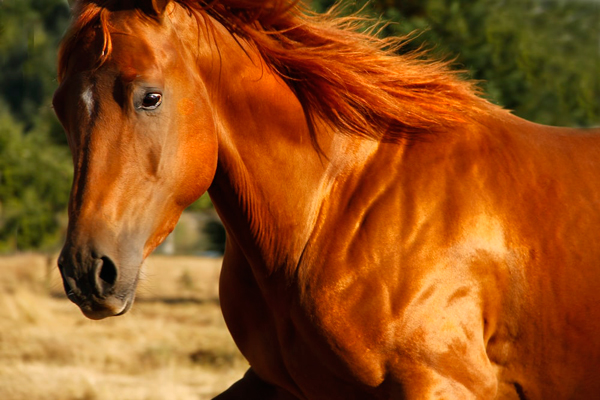 All modern Thoroughbreds can trace their pedigrees to three stallions originally imported into England in the 17th and 18th centuries, and to a larger number of foundation mares of mostly English horses.

During the 18th and 19th centuries, the Thoroughbred breed spread throughout the world. 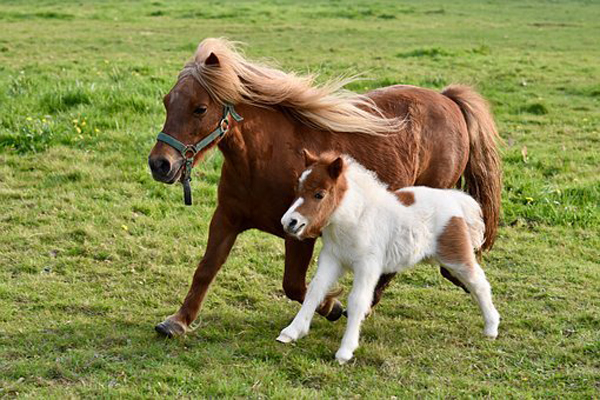 Shetlands are small, ranging in height from 28 to 42 inches, and are therefore suitable for children.

They are also hardy and good-tempered, and due to their small size, they are easy to keep.

If you’re interested in owning a Shetland pony, be sure to do your research first, as they require a lot of care and can be quite expensive.

The Shetland pony is a small but hardy, and one of the best British pony breeds, originating in the Shetland Isles since the Bronze Age.

They are typically used as carriage horses, and have also been used for plowing, farming, and other outdoors work.

Their thick fur and strong build allows them to handle rough weather and cold climates well.

Shetland Ponies are intelligent and can be trained to do a variety of tasks..

Today they are used for a variety of purposes, including riding, driving, and pulling carts. They are also popular as pets, and make good family horses.

Next amongst The 10 Best and Most Popular British Horse Breeds is, the Welsh Mountain Pony is a breed of horse that originated in Wales.

It is one of the smallest mountain pony breeds, with a height range of between 10.2 and 12 hands high.

The Welsh Mountain Pony has been around for centuries, but its origins are unknown.

There are many theories about how the breed came to be, but none can be confirmed or denied.

One theory states that it was developed by crossing native ponies with Shetland ponies imported from Scotland in the early 1800s.

Another theory is that it developed from native Welsh ponies crossed with Irish Draught horses brought over by Irish monks in the 6th century to help them with their work on farms and in their monasteries. 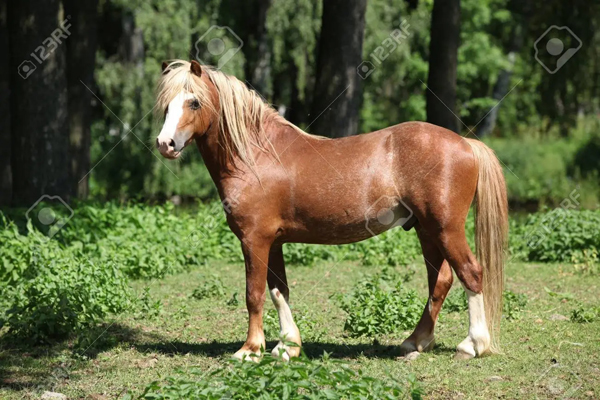 They are the smallest of the three native pony breeds in Wales and are often used for driving.

The Welsh Mountain Pony was originally bred to be a pack horse, but they were also used as riding horses. They were used by farmers to carry goods and by miners to transport equipment.

The Welsh Mountain Pony is an agile animal with a good sense of balance and they have been known to jump over fences as high as five feet tall. 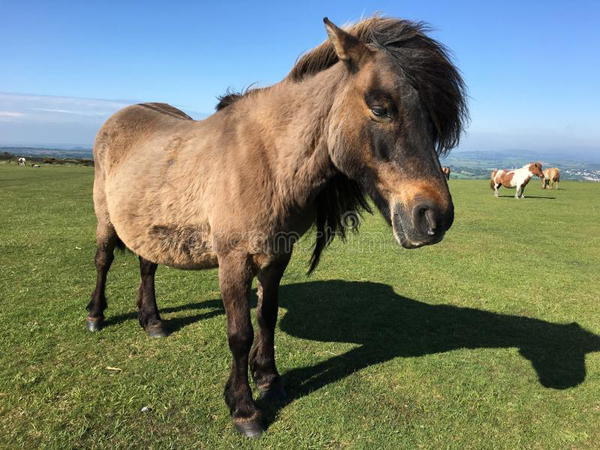 In 1885, there was an outbreak of rinderpest in which many ponies were killed and some breeds became extinct. The Dartmoor Pony survived because they were able to live off scrubby vegetation on the moors, and their numbers continued to grow quickly until World War II.

Since then their population has decreased and they are now classed as endangered but most definately one of the most favoured amongst the 10 best and most popular British horse breeds.

One of the cutest amongst the 10 best and most popular British horse breeds.

The Dartmoor Pony is a horse breed originating in the Dartmoor region of England. The ponies are known for their hardiness, sure-footedness and intelligence.

The Dartmoor Pony is a very old breed of pony that was first recorded in 1779. The exact origins of the breed are unknown, but it is thought to have originated from Celtic ponies and other European breeds brought to Britain by the Romans and Vikings.

The Dartmoor Pony is a native to the Devon and Cornwall moors in south-west England, where it was used for hauling timber and agricultural work. They are one of the tallest ponies at 14 hands high (56 inches).

One of the smallest amongst the 10 best and most popular British horse breeds.

Exmoor ponies are a type of pony that is native to the in the Exmoor region in English county of Devon.

They are small and sturdy, with a broad head and powerful neck.

The Exmoor Pony has been bred for hundreds of years for its hardiness, strength, intelligence and surefootedness.

The breed was originally used to pull carts and ploughs on the rough terrain of Exmoor.

They are known for their intelligence, courage, and endurance.

Written records of ponies on Exmoor start with the Domesday Book in 1086.

After centuries of being a “Royal Forest” (not an area of trees but a hunting ground), most of Exmoor was sold in 1818.

Thirty ponies, identified as the original old type, were saved and relocated to neighbouring moorland.

These ponies form the foundation bloodstock of today’s Exmoor population.

The Exmoor pony breed society was formed in 1921 as the Exmoor Pony Society. 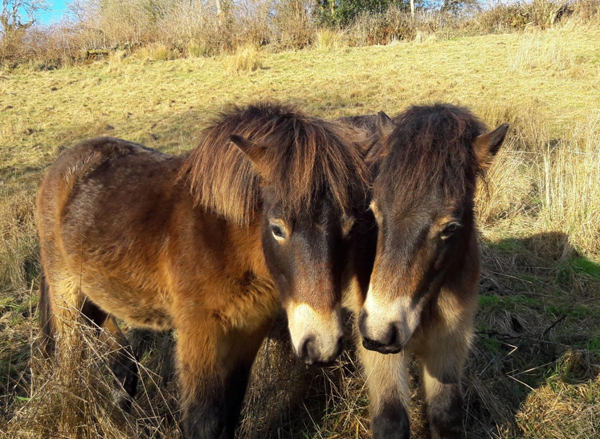 Equines have been present in Britain since 700,000 BC, with populations retreating south when ice-ages made the land uninhabitable and recolonising when warmer conditions allowed.

Some theorise that Exmoor ponies have changed very little from these prehistoric ponies from which they are descended: others consider them as simply one of the relatively modern created breeds of pony.

In morphological and appearance (phenotypically) Exmoors closely resemble the primitive wild horse and modern DNA research is trying to determine exactly how much of the ancient genome, if any, survives in the Exmoor pony. 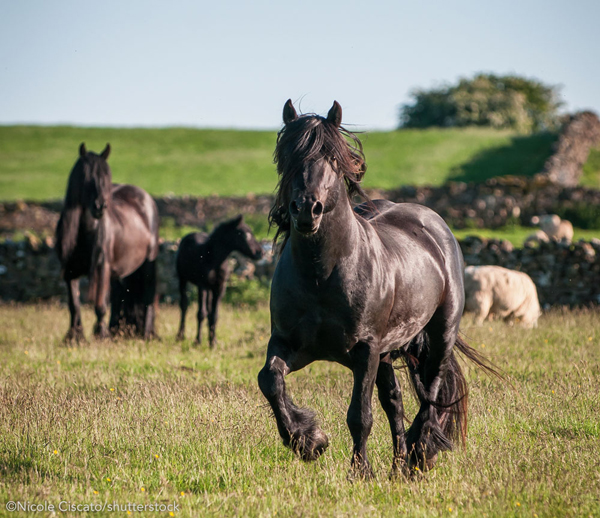 Fell Ponies are reliable jumpers and agile, which makes them useful for cross-country riding or hunting. This makes them a firm favourite amongst the 10 best and most popular British horse breeds.

Most animals of the breed lack the scope to make top-class jumping ponies, but Fells generally are well up to local show or Pony Club event standards.

The Fell Pony is a small horse with a heavy body, long head and neck, short back and high-set tail.

It is also known as the “little people’s horse” because of its small stature.

Fell Ponies are native to the English Lake District, but they can be found in other parts of Great Britain too.

They were once used for driving sheep and cattle on the fells, but now they are primarily used for riding or driving pleasure.

They are a rare breed of pony that originated in the North of England.

It is thought to have been bred from horses and ponies brought to the area by the Romans.

The Highland pony is a hardy, versatile breed of pony that originated in the Scottish Highlands.

They are also known as “the little horse” and were once used for carrying messages and supplies over the Scottish Highlands.

They are also used in harness racing and show jumping. They are strong for their size and have good stamina.

A Highland Pony typically stands between 12-14 hands (48-56 inches) high at the withers (shoulders).

The head is usually small with large eyes and ears. The body is compact with a broad back and deep girth, with sturdy legs set wide apart. 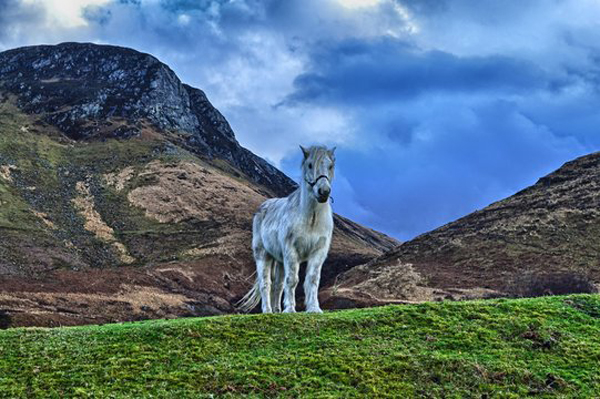 The winter coat consists of a layer of strong, badger-like hair over a soft, dense undercoat, which enables this breed of pony to live out in all types of weather.

This coat is shed in the spring to reveal a smooth summer coat. This essential hardiness is combined with a kindly nature and even temperament

The traditional spelling, still used by the Suffolk Horse Society, is “chesnut” (with no “t” in the middle of the word).

A powerful and sturdy favourite amongst the 10 best and most popular British horse breeds.

The Suffolk Punch is a type of horse that originated in the county of Suffolk, England.

It is a popular breed for use as a show horse and for driving.

Breeders were impressed by the Suffolk Punch’s appearance, which was described as “the most perfect horse in the world”.

The Suffolk Punch was originally bred to be used as a coach horse, but it also became popular with show-jumping riders.

The breed was developed in the early 16th century, and remains similar to its founding stock.

The Suffolk Punch was developed for farm work, and gained popularity during the early 20th century.

However, as agriculture became increasingly mechanised, the breed fell out of favour, particularly from the middle part of the century, and almost disappeared completely.

The biggest amonst the 10 best and most popular British horse breeds.

The Shire Horse has a worldwide reputation for robustness and endurance.

In Britain, Shires were once used to pull beer drays, fire engines and even haywains.

They were also valued by farmers as they could easily be managed on a halter and were used to pull carts to market from the farm.

Shire horses are the biggest of all the breeds of heavy horses, with the average Shire weighing over 1,200 lbs.

Historically their great size and strength was much valued for hauling timber, wagons and agricultural produce on poor roads or through difficult terrain. 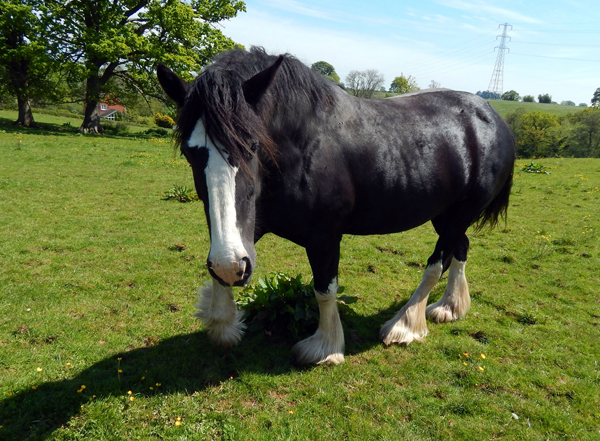 They have also been used in coal mines and as draught animals for steam boats.

Today, there are some 10,000 Shire Horses in Britain and Europe although numbers are declining as draft horses fall out of use.

The breed is recognised internationally as one of the strongest and most enduring heavy draughts in the world today. 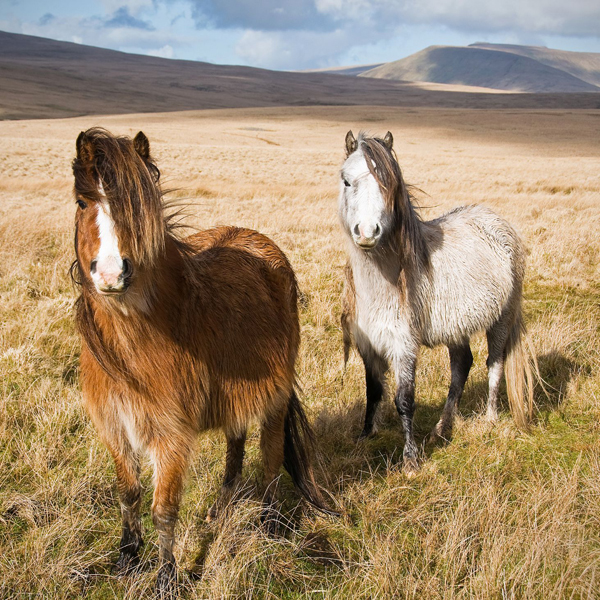 The Welsh also crosses well with many other breeds and has influenced the development of many British and American horse and pony breeds.

The welsh cob was bred in Wales and is now widely used by farmers and families all over the world.

The welsh cob is a cross between a native welsh mountain pony and a shire horse, they were bred as all-purpose workhorses, used to work on family farms, hunt, haul carts and help with dairy work.

The horse has been seen on farms throughout the globe for the last 100 years and the welsh cob is a friendly and hardworking animal.

Today, the modern Welsh Pony and Cob breeds are used for many equestrian competitive disciplines, including showing, jumping, and driving, as well as for pleasure riding, trekking and trail riding. 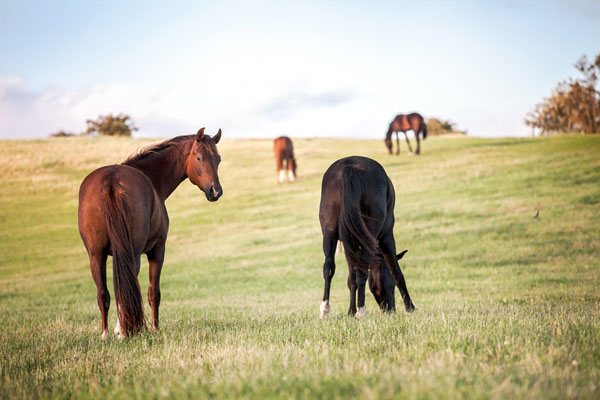 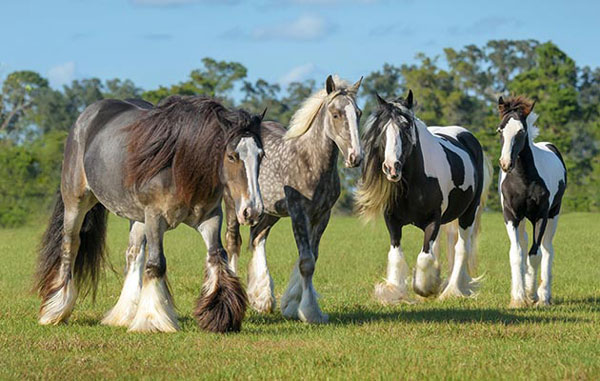